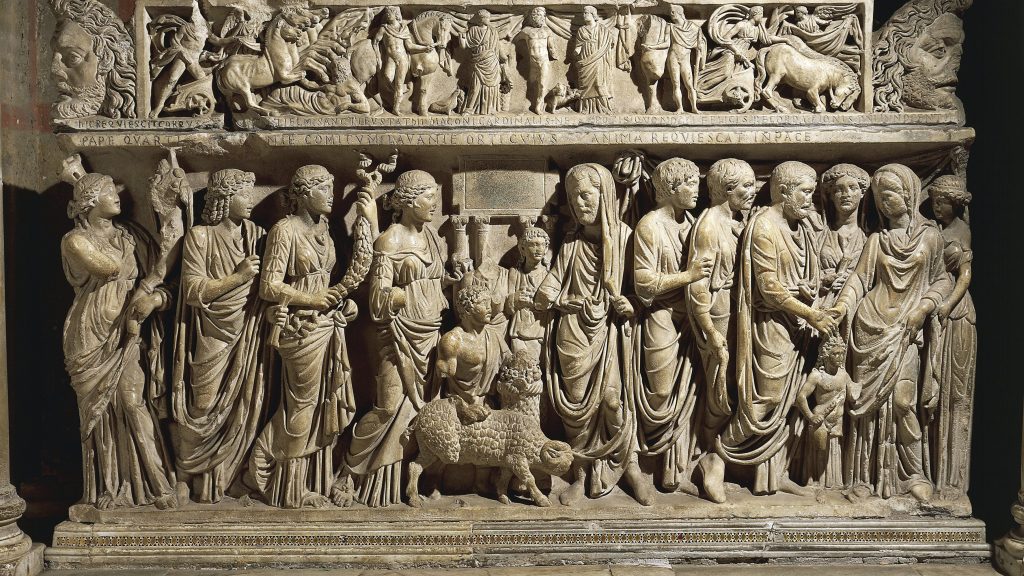 The history of the wedding gown is as fascinating as the history of marriage. The two go hand in hand, and we cannot talk about one without talking about the other. Throughout most of history, marriage has been, to a great extent, a worldly object concerned with the transfer of resources, preservation of bloodlines, and business arrangements between families. Although marriage has existed for the better part of history, this doesn’t mean that there were weddings. Long ago, there were no wedding ceremonies, and consequently, there was no need for wedding gowns. Marriages were made formal through contract signing or other means of agreement.

It was not regarded as a romantic or spiritual matter. As human beings evolved, so did the idea of love and what it means to love.

More and more people started to celebrate the union of two people by holding ceremonies. With wedding ceremonies came the need to dress up. Originally the idea of the wedding gown wasn’t what it is today, and most brides did not have a wedding gown, so they wore the best outfit they had. Some societies dictated what a bride could wear, and any deviation from the set edicts was considered a serious violation punishable by law.

Throughout the better part of history, brides did not white wedding gowns. In Ancient Rome, marriage ceremonies were a significant social event. They were in the form of parties and banquets, and the brides wore long veils of a dark shade of yellow over a complicated hairstyle. The yellow veil signified a flame, and brides, therefore, were like torches illuminating and bringing warmth into their husband’s lives.

In ancient Athens, brides donned long violet or light red robes, held at the waist by a corset that the groom would loosen later, signifying the end of her virginity. Marriage was formalized through a feast, followed by a torch-lit entourage that accompanied the couple into their nuptial chamber.

In ancient China, the clothing rules were a little strict. The rulers dictated what clothing could be worn, when, and by whom, based on gender, social status, profession, and occasion. Brides, for example, could only wear dresses of a particular color to their wedding. Three thousand years ago, during the era of the Zhou Dynasty, grooms and brides both wore modest black robes, with red trim and a visible white garment underneath. During the era of the Han Dynasty, the enforcement of clothing rules became less strict. The dress a bride could wear was no longer restricted to a single color, nevertheless, rulers prescribed that particular colors be worn at specific times of the year: yellow during autumn, green during spring, red during summer, and black during winter.

By the 7th century, during the era of the Tang Dynasty, clothing rules became even less strict. Green became a popular color among brides and red among grooms. As the social order became more relaxed, brides started experimenting with style, trying out shorter dresses and even incorporating menswear into their day-to-day outfits. There was a lot of immigration during the tang Dynasty, which paved the way for Chinese cultural influence to expand to neighboring Korea and Japan.

At the start of the 14th century, Korean silk wedding gowns were green, yellow, and red, similar to what brides donned during Han and Zhou Dynasties. In Korea, just like China, fashion was strictly governed by color. People who were not yet married and children wore bright shades, whereas those who were already married wore white or other neutral tones. White was a color of mourning and was donned by people who were very old or for three years following the death of an emperor or a family member.

Iconic One Theme | Powered by Wordpress